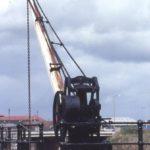 opens IMAGE file With the turmoil of the seventeenth century consigned to history, Bridgwater’s trade began to grow.  William Alloway’s main trade was in wool and tallow from Ireland, rock salt from Liverpool and tobacco from the West Indies. In 1697, John Trott built the Friendship for Alloway, whose ship the Unity is recorded as having taken more than 600 barrels of herring in one voyage to Barbados.  Piracy did not always act against the interest of Bridgwater seafarers.  In 1740, Philip Baker, a Bridgwater merchant, was granted permission for his ship the Diana to act as a privateer. This basically meant she was permitted to capture French ships for profit. The Diana was eventually captured herself by the French off the coast of Newfoundland.