The Cornhill has always been the historic centre of the town.  In 1779 an Act was passed to erect a market house and several houses were demolished to create the necessary space.  Before long, it was enlarged and that work was completed in 1826 when the Cornhill dome was built by a local man called Hutchings.  Then in 1875 “a handsome and commodious Corn Exchange” was added and it is that building which we recognise today as the Cornhill market area.   The pineapple which is the crowning piece on top of the dome, is a symbol of welcome rather than an indication of a fruit and vegetable market.  At one time there were railings around the Cornhill, their purpose being to keep livestock and food produce separated.  The railings
were removed in 1895. 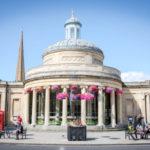 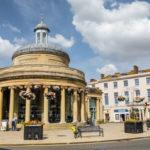 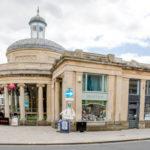