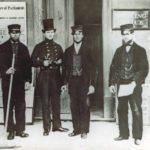 In 1854 the Somerset and Dorset Joint Railway company opened a line between Highbridge and Glastonbury.  This line was extended to Burnham-on-Sea in 1858 and with a spur line down to Bridgwater from the newly created Edington Junction in 1890.  The terminus at Bridgwater was in the area where McDonalds and Sainsbury’s have their outlets, and it was from here that many a Sunday School outing provided the annual trip to the seaside, costing 9d for adults and 6d for children. 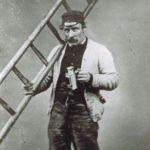 The S & D operated profitably up until First World War when all railways were nationalised.  In 1921, the railway, which by now was the Bridgwater Railway Company, became part of the London South Western Railway ending a 30-year period of independence.  There then followed three decades of decline by which time British Railways were in control and the closure of the line to passengers resulted in 1952.  On 1 October 1954, the last goods train pulled out.