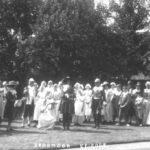 opens IMAGE file The final turmoil for seventeenth century Bridgwater came with the visit of the Duke of Monmouth and the ensuing Battle of Sedgemoor.  The greater part of the story takes place elsewhere so here I shall focus on the impact on Bridgwater.

James, Duke of Monmouth, was the illegitimate son of Charles ll and Lucy Walter.  On the death of Charles ll, his uncle, James Duke of York took the throne.  Monmouth became a potential target as a pretender to the throne, and for a while went into hiding.  However, he was persuaded by his mistress, Lady Henrietta Wentworth, that his destiny was to be the Protestant King of England.

Monmouth and the Earl of Argyle plotted to create two simultaneous rebellions, Monmouth in the South-West and Argyle in Scotland, both being strongly Protestant areas.  This would split the forces of James ll.  In June 1685, Argyle’s attempt at rebellion in Scotland failed and he was beheaded.  Monmouth, meanwhile, was on his way to Dorset, unaware of the failure of the rebellion in the north.

He landed at Lyme Regis on 11 June, recruiting 3,000 volunteers on his arrival.  He marched to Somerset, was crowned king in Chard and again in Taunton on 21 June, by which time his troops had swollen to 7,000.  Onwards to Bridgwater, to a civic reception and another coronation at the Cornhill. In the days that followed, he travelled through Westonzoyland, Glastonbury, Pensford, had a skirmish near Bristol, and another at Keynsham where his troops came off somewhat the worse.  A more successful skirmish took place at Norton St Philip where the king’s troops walked straight into an ambush. From there they marched to Frome but the weather had turned.  Despite the recent victory, morale was in decline and his rebel troops were drifting home.  After two days rest at Wells, he returned on 2 July to Bridgwater where he knew the local men showed greater commitment to his cause. 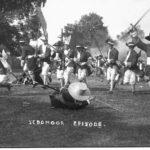 opens IMAGE file Monmouth had now heard the news of Argyle’s defeat in Scotland.  No longer would the king’s forces be divided.  Monmouth needed to act fast.  Lord Feversham with his Royalist troops had by now arrived and were camped at Westonzoyland, with 2,000 foot and 700 horse.  The camp had the benefit of the Bussex Rhyne on two sides and a line of cannon on the other.  It would be difficult to attack.

Meanwhile, a Chedzoy man, loyal to Monmouth, had gone to the tower of Chedzoy church and recorded the information regarding the strength and position of the Royalist encampment.  He was able to report to Monmouth that the king’s troops had been drinking, were relaxed and expecting Monmouth to head north.  Monmouth went to the top of the tower of St Mary’s church and looked across towards Westonzoyland with the aid of a telescope.  He knew that his best opportunity was a surprise night attack.  He was down to just 6,000 men and needed to act before more drifted away.  He was also aware of the ability of the king’s troops.  He had served with many of them.

At 11 o’clock on the evening of 5 July, 1685, Monmouth lead his troops out of Bridgwater and along the Bath Road.  They marched past Sydenham Manor, into Bradney Lane and on to Peasey Farm, where the heavy equipment was left, ready to be collected after the battle.  Through the darkness, Richard Godfrey, a local man, led them across the moor, over the Black Ditch and across Langmoor Rhyne, silently approaching the king’s troop’s encampment.  With just the Bussex Rhyne to cross, Captain Hucker accidentally fired his musket and the alarm was raised.  The initial attack which followed was successful, but eventually repelled when the Royalists turned their guns on their attackers. An unsuccessful cavalry charge from the rebels ended in a chaotic retreat, spreading panic into the untrained troops.  From there on, the outcome was inevitable. 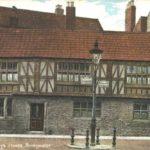 opens IMAGE file Artillery fire followed by cavalry charges, resulted in hundreds lying dead on the fields of Sedgemoor.  Monmouth escaped, only to be caught some days later, disguised as a woman, and was later executed in the Tower of London.  Back on the battlefield, the slaughter continued.  Rebels were mercilessly hunted down, their bodies hanging from trees along the Bridgwater to Glastonbury road.  Five hundred rebels were locked up in Westonzoyland church, 22 being hanged on the way, five dying in the church and 19 from that group hanged the following day.  The routing continued as troopers rode through the fields, tracking down hidden rebels.  Many were shot for the sport, like hares being flushed out for the guns.

The battle over, Feversham was recalled to London and was replaced by Colonel Percy Kirke.  He had a special role to play.  The king had ordered Judge Jeffreys to conduct the trials of the rebels, trials which were to become known as the Bloody Assizes.  These, he was told, had to be wrapped up in days, rather than months.  There was to be no opportunity for another rebellion to simmer beneath the surface.  Despite stories to the contrary, Jeffreys never came to Bridgwater.  He presided elsewhere, at Exeter, Dorchester, Taunton and Wells.  What he did, however, was to instruct Kirke to soften up the rebels such that all pleaded guilty – even if they weren’t.  Kirke’s technique was to invite the rebels to plead innocent or guilty.  Those who pleaded innocent were immediately taken outside and hanged.  It acted as a great incentive to the others to plead guilty.

During this period, Kirke lodged at Marycourt, a building now called the Carnival Inn, in order that he could watch the hangings on the Cornhill. One of those due for execution was Roger Hoar who, having been sentenced to death, was taken to the Cornhill but reprieved just in time when his family delivered the deeds of his property.  Two years later he was mayor of Bridgwater and now lies buried in St Mary’s churchyard.  Hundreds were executed, thousands deported with all the Bridgwater men going to Barbados except one who was sent to Jamaica, crammed in the sweaty holds of small sailing ships for weeks on end.  Those who survived that journey were then put to work in sweltering hot conditions as slaves, receiving the same cruel treatment as the negro slaves.  The following month, King James ll visited Bridgwater and declared it to be a “rebel town”.